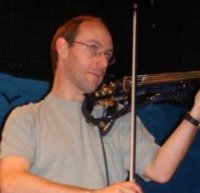 Plays 5 stringed electric fiddle in the band, and is prone to soar away on wonderfully inventive musical flights of fancy. Dave also plays (and occasionally dances) with Gog Magog Molly, and is a fine hurdy gurdy player, on which he plays mostly traditional French music. Read more in Dave's Blog 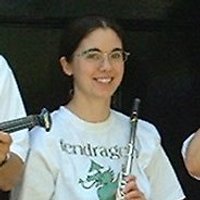 Plays recorder far better than most recorder players you've heard, and as a music teacher is the only full time professional musician in the band. She also plays flute, piccolo, piano and saxophone, can get a tune out of a French horn and has ambitions with a bombarde. Gina dances with Gog Magog Molly, has done some morris dancing and regularly dances Playford and other English dances with The Round in Cambridge. 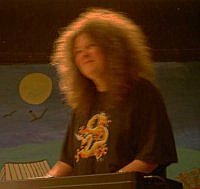 Well known in the folk world as a singer and English concertina player, Mary long ago discovered an aptitude for doing rhythm and bass in a ceilidh band on piano and has enjoyed doing that ever since. She hasn't stopped singing of course, mostly as a duo with Anahata at folk clubs and festivals up and down the country. The have also played for Gog Magog Molly and Pig Dyke Molly, and most recently Old Glory Molly based in East Suffolk.
Read all about Mary here and as a duo with Anahata here. 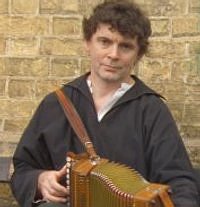 Plays melodeon in the band, holding the tune when Dave isn't and vice versa (in theory...). Anahata also plays cello and Anglo concertina accompanying Mary's songs and puts together tune arrangements. He has been in several morris teams as dancer and musician and still dances with Old Glory Molly in the winter.
Anahata created this web site and many others and also runs a recording studio, all in his spare time.